How much are you eating?

A few years ago I was in a conversation about eating habits and portion size came up where I noted that many of my older dishes were much smaller than many of the dishes we see in most homes today.

So... I thought it a bit more poignant to explain this in pictures

We generally use our salad plates for meals where the dinner plates (once known as steak plates but now seem to be the general size for dinner plates now) are relegated as platters. 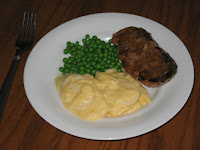 This is my left-over dinner on a modern salad plate 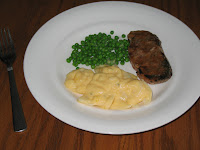 This is the same meal again, but on a modern dinner plate 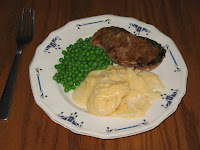 Now we have the same meal but, this time, it is on an early 20th century dinner plate. Notice the similarity in respect to the modern salad plate? 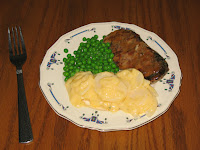 and here I have the same meal as before, but on a salad plate from the same set.


I have a couple sets from both the eary 20th century and sets from today and the measurements are very similar so this is in no way the exception.

Here is a picture of these two sets together (just the dinner, salad, bowl, and bread and butter) 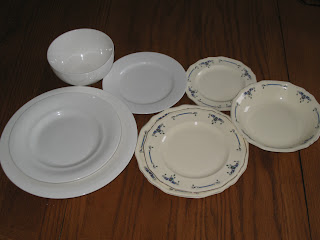 As an added note, even juice glasses were smaller than they are today and by no small difference.
It is no small wonder that stomach aids are advertising towards those with gluttonous behaviour rather than the old spicy food bit...
Posted by Unknown at 1:28 PM